The History of Sauce

Posted by saral on Jan 4, 2011 in Dips and Sauces from Around the World, Mother Sauces | 6 comments 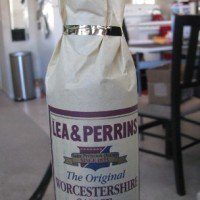 Once a method for covering up rotten foods and now a way to elevate the deliciousness of a meal, sauces have long served a culinary purpose. No matter where you are in the world, your cuisine most likely calls for a sauce in certain recipes.

Is it too much to say that a sauce can define a culture?

I don’t think so. Sauce, like so many other foods, is representative of the food our land can grow, the seasonings we can afford, and the tastes we’ve come to love.

Today starts the beginning of an epic series of posts on sauce. I’ve taken a sauce-making class, watched endless YouTube videos, read books, failed and succeeded at making sauce, and interviewed several food experts all in an effort to learn how to make sauce. Now, I’m going to share what I’ve learned with you in this post and the next five posts.

Okay, so that last item on the timeline may not necessarily belong, but I hope it proves that the history of sauce is not a simple thing. Much like cooking sauce, the concepts behind it are complex and deserve some praise.

In the next post, we’ll look at what goes into making the mother sauces and why you should even care. You’ll definitely want to come back for this one—I managed to get some excellent advice from a couple expert chefs.

6 Responses to “The History of Sauce”