When Life Hands You Chicken Balls… 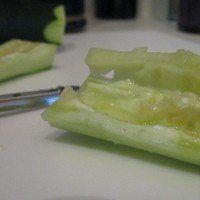 I know that this headline makes it seem like chicken balls are a bad thing, but they’re actually quite lovely. I simply wanted to write that headline, because how many times in your life can you say: “When life hands you chicken balls…”?

I’ll probably only get to say it twice.

PLUS, I can think of at least 12 good uses for it off the top of my head. And that means there’s probably 100 more ways to enjoy cucumber sauce that I haven’t even thought of. For starters, there’s tzatziki sauce on falafal, gyro, or most any Greek food. Then there’s cucumber sauce on salmon or any other kind of fish. There’s always cucumber dipping sauce for garlicky bread or crackers. And much much more.

Several months ago I had my girlfriends over for dip night. I made a few appetizers, including these chicken balls to serve with cucumber dipping sauce. It was a huge hit. My friends still talk about it. 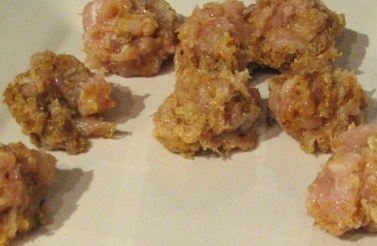 Print
Super Simple Cucumber Sauce
Unlike some cucumber sauces, this one is quite runny. It works great as a drizzle, dressing, or a dipping sauce.
Ingredients
Instructions
1.2.4

6 Responses to “When Life Hands You Chicken Balls…”

Leave a Reply to Karen Harris