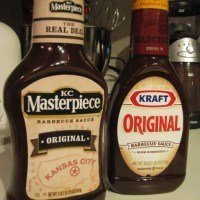 There’s a whole world of sauce connoisseurs devoted to barbecue sauce. In fact, you can find a number of food blogs devoted to the culture, including this, this, and this one.

Barbecue sauces tend to fall under different categories based on the main ingredient, which might be tomato, mustard, or vinegar. Then there’s the barbecue sauces that are grouped by function: mopping sauce coats meat during the cooking stage and finishing sauce serves as a dipping barbecue sauce on the plate.

There’s no way I could compare all barbecue sauces in this ONE post. A quick search on Amazon results in more than 1,000 sauces! However, I can compare two of the most common sauces on the market. I can also tell you about how I made my own barbecue sauce… 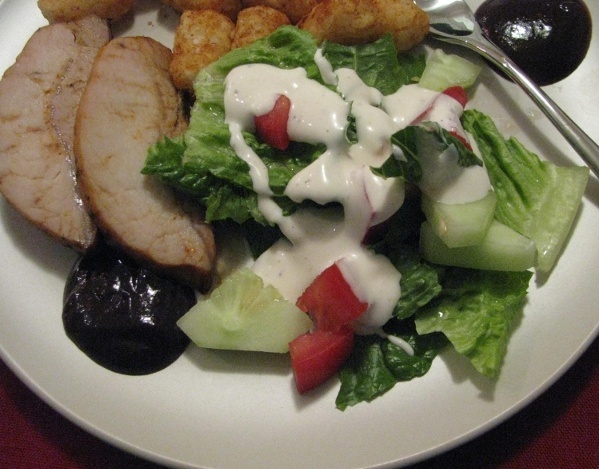 In the picture above, you’re looking at Kraft Original Barbecue Sauce (top right next to the potatoes) and KC Masterpiece Barbecue Sauce (bottom left next to the pork). The sauces look identical, and the bottles themselves aren’t entirely different either. Although, for what it’s worth, the Kraft bottle was more difficult to open compared to KC. I know that shouldn’t matter, but it’s a pet peeve of mine.

The sauces taste very similar. However, KC is a bit sweeter and smokier, while Kraft has a tangier taste (more vinegar it would seem). I prefer Kraft barbecue sauce over the KC bbq, but I don’t eat much barbecue sauce, and I am by no means a barbecue expert. All I can say is that I prefer tang over sweet.

But why buy barbecue sauce when you can make your own? Granted, homemade bbq won’t last as long, but it won’t have corn syrup or xantham gum in it either.

Directions: Combine all ingredients in a sauce pan and whisk. Bring to a boil and simmer for 20 minutes. Let cool. Strain sauce, so as to leave onions and pepper flakes out of final sauce. If you want a thicker bbq sauce, add a teaspoon of cornstarch. 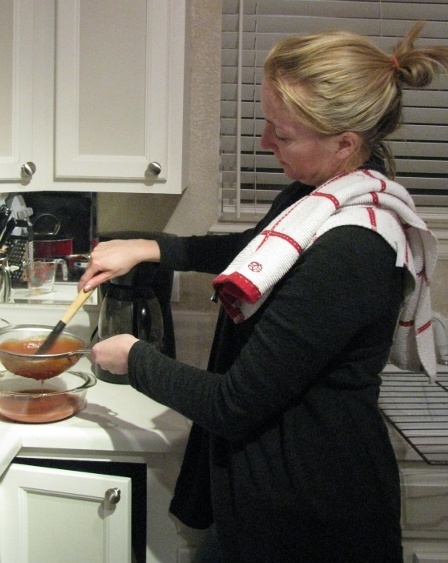 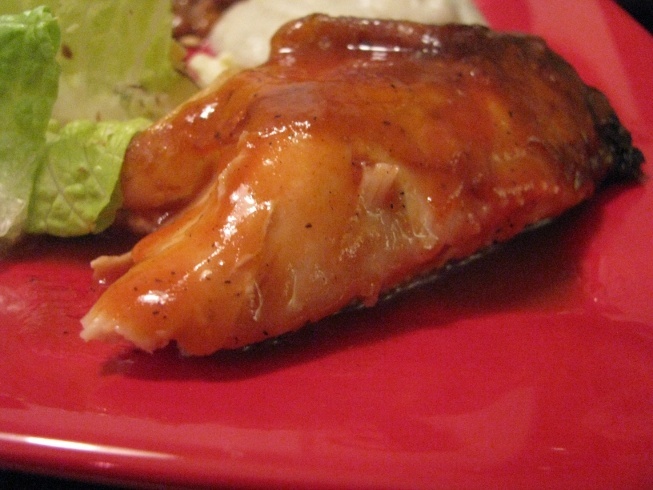 As my first barbecue sauce recipe creation, this sauce wasn’t half bad. The key to making a bbq sauce you like, I think, is to taste as you go. On my first sample, the vinegar overpowered. I went back and added more tomato paste and sugar than I originally thought I needed, and then BAM. The flavors worked.

I was surprised at the runniness of the sauce. KC and Kraft both come out of the bottle like ketchup, but not my recipe. I added a teaspoon of cornstarch to thicken, which helped, but I wouldn’t call it thick.  After a bit of post-recipe making research, I found that my sauce fits under the North Carolina category of runny bbq sauces, whereas Kraft and KC are Kansas City-style barbecue sauces, obviously.

So, what kind of bbq sauce lover are you? Sweet or tangy? Runny or thick?

Leave a Reply to Joan Bean