How I Made My First Cheese Ball 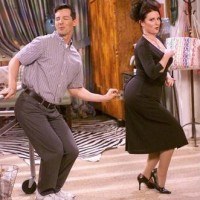 I feel like Karen and Jack must’ve felt in Will & Grace. Remember when someone in the scene would say a seemingly innocent word that could easily be spun into a dirty word? Oh, how Karen and Jack would laugh.

Some friends of ours recently hosted a lovely dinner gathering (there was bacon flavored ice cream involved; stay tuned for that one), and I was tasked with bringing cheese and crackers to the event. Since launching the Saucy Dipper, I’m not capable of bringing just cheese and crackers. I had to bring a cheesy dip! There was no other way.

I decided the event called for a special cheese ball. This cheese ball deserved toppings. 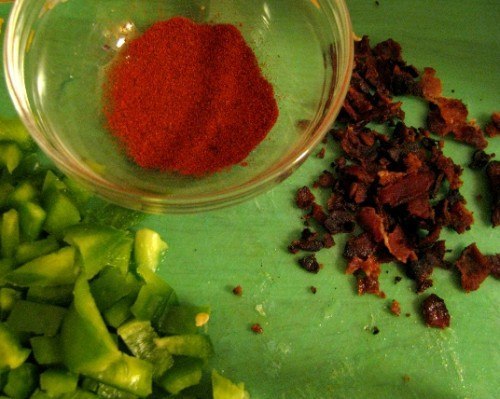 But before I get into the recipe, I must share some fascinating cheese ball facts (still laughing a little). 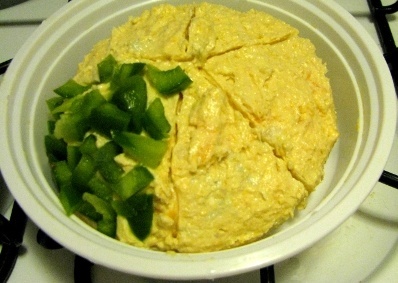 How to Make a Cheese Ball

Directions: Combine all ingredients in a mixing bowl. Mix well. Do your best to break up blue cheese thoroughly. With you clean hands, shape the cheese mixture into a ball and place on serving platter. Use a knife to delineate sections for toppings. Sprinkle toppings and use a chopstick to gently push in place. Serve with crackers, pretzels, or veggies.

The assortment of cheese ball toppings is a good idea. I stand by that. But I think it’s best to stick with two to three toppings only. Five toppings meant there were only a few bites for each.  Of the five toppings, bacon and olives were the favorite (shocker). 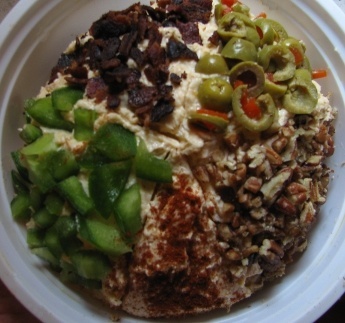 9 Responses to “How I Made My First Cheese Ball”